#48 THE PYRENEES TRAVERSE WITH HANNY ALLSTON

"I am so underprepared and I have no real idea of what is in store for me over the next twenty or so days… but somehow I feel more ready than ever to be out here."

In July 2019 I embarked on a dream to run the French Pyrenees Mountains, predominantly following the GR10 hiking trail from Hendaye on the Atlantic coastline of France to Banyuls-sur-Mer on the Mediterranean Sea. The dream began back in 2018 whilst hosting a Find Your Feet Tour to the French Pyrenees. However, a foot injury at the beginning of December saw me hobbling backwards from the goal. Despite having booked flights and 3 weeks leave from work, by late March 2019 I knew, or more accurately, I thought, the dream was over. My foot just wasn’t healing quickly enough to run 700km through the mountains of France. 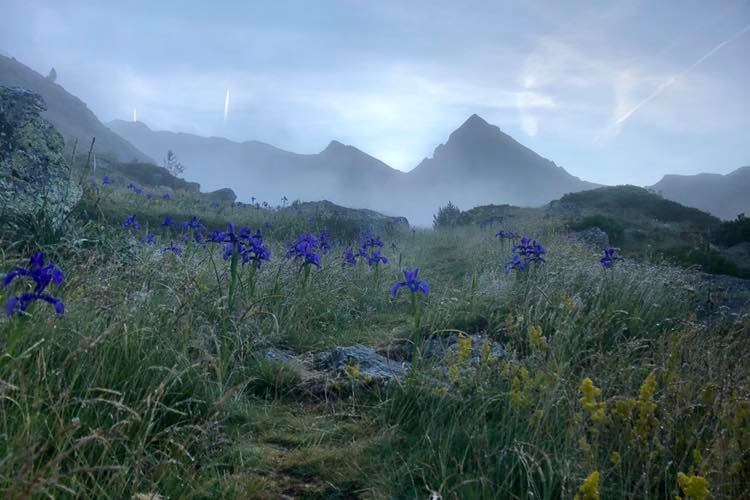 "You have to dig down first, to build a strong foundation before you build up." 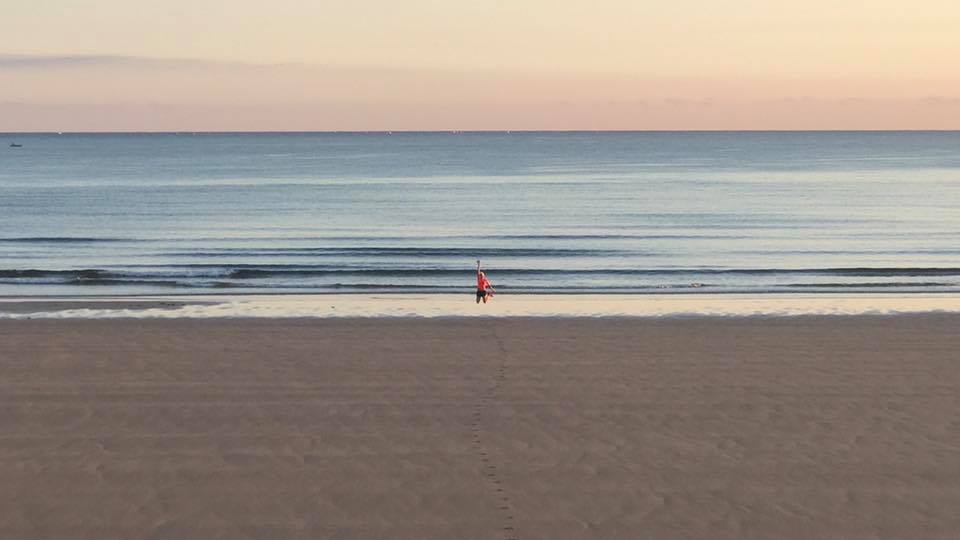 ​But sometimes our dreams ignite such a flame in us that it appears nothing will put them out. In essence, the slow burn keeps charring at your will power until finally you crackle and sear into action. This is what happened to me on 9 July 2019. I was just finishing up a Find Your Feet Trail Running Tour to Albania, lurching back over the hills in a 4WD vehicle, when I turned to my husband and said, ‘I think we need to head to the Pyrenees’. The next day we were on a plane to Milan and that evening we packed up our vest packs in preparation for what we thought would be a light-weight hike-run adventure down the GR10 trail. On July 11 we were bound for Spain and on the 12 July, we departed from Hendaye on the Atlantic Coast. All we had with us was what would fit in our tiny vest packs and under hot summer skies we began to seek out the answer to the question – ‘How far can we get?’

We spent two days like this, the heat wave sapping our energy, the lack of shade leaving us parched, sunburnt and exhausted. Our vest packs chaffed, our new shoes felt foreign. Until we finally turned to one another and queried, ‘What the hell are we doing?’

And it is from here that the story begins in this podcast episode. Today I ramble alone and tell the journey of how I came to run the length of the Pyrenees Mountains of France.

"I think that so many of us don’t let go of our ‘shoulds’, and let go of our guilt, and let go of our fears and anxieties and our thoughts that we need to kind of live life by the text book, when sometimes the textbook just has a bloody error in it. Sometimes you just need to shut the textbook and make up the rules for a moment. Sometimes it’s when you make up the rules that you realise there aren’t any rules. I think that’s probably what I learned on this journey, that traversing these mountains kind of became traversing my own inner mountains and I reached the other side and I realised that I’m still the same Hanny. But I’d also found another side of Hanny, and that was pretty cool. I brought that person home, and I’m really proud of that person, and I love that person in my relationship and I love that person in my team at work. And I love that person when I’m just sitting quietly at home in my house and when I’m just rambling on a podcast with you. I’m not embarrassed to say that, and I don’t believe I have an ego in saying that, it’s just I’m cool with being me."

Topics covered in this podcast:
READ THE FULL TRANSCRIPT OF THIS PODCAST HERE:
http://www.hannyallston.com.au/blog/podcast-transcript-running-the-pyrenees​

READ THE ACCOMPANYING BLOG ABOUT THIS ADVENTURE HERE:
https://www.hannyallston.com.au/blog/finding-myself-in-the-french-pyrenees-700km-of-playing-wilder-on-the-gr10​